On this page you can find out what I have been up to lately and maybe even a little bit about where I will go in the future. For me, the greatest thing about being a musician is being in the position to inspire other people. I take such pleasure in hearing that people have been motivated to create after hearing my music, whether it be a painting, a poem, their own music or something completely different. Music is not a one way street, it is a conversation where the listener's role is as important as the artist's. Well, here you on my Site, you can find my side of it all. 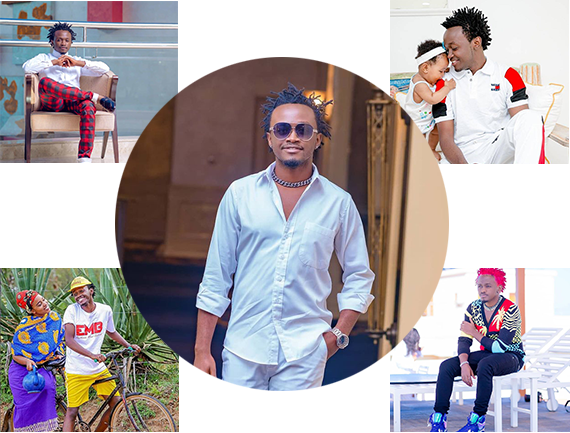 Kevin Bahati ( Born 1992 ), better known by his stage name Bahati, is a Kenyan musician, singer, songwriter, and owner of a record label.
His parents passed while he was at a tender age leading to Kevin Bahati being left with no one to look after him. However, being a bright child from a tender age, Kevin Bahati decided to go to the ABC orphanage in Mathare slums in order for him to have shelter and education. Now having a semblance of a normal life, Kelvin Bahati went ahead to have an education until his highschool years first at Nakeel school in Ongata Rongai – Kajiado. He then proceeded to St Theresa’s Boys in Eastleigh. It is in 2012 that Bahati decided to make something of himself and thus ventured into the music industry.
Kevin Bahati’s musical journey started during his high school years. His talent was discovered when he made a solo performance in 2010 playing the guitar at the Music Festival National Level held in Nakuru The next year Kevin Bahati went ahead and represented his school St. Theresa Boys High School in Eastleigh where he sang and played the guitar at the National Music Festival in 2011 that amazed the crowd.
Having his confidence in music grow, Kevin Bahati decided to pursue music as a full-time career for his passion and as a means of him getting out of a hard life. Straight from high school, Kelvin Bahati coupled up with J. Blessing and L.B films who did his first song ‘Siku ya Kanza’. This song went ahead to be a great hit song that propelled him to immediate celebrityhood in the m industry with people increasingly requesting his song.